I have an extremely intelligent friend with a Ph.D. in something really fancy who raised his kids with a great deal of freedom. I’m sure he did this for a number of reasons, but one that he articulated early on was that he wanted them to be able to do something he struggled with: figuring out what problems need solving. This is an essential first step to original research. It is very different from classwork. It requires a lot of reading, observing, thinking, tinkering, talking, and wondering. It is the combination of focus and distraction that lets something cool come to you after you have spent a lot of time with a system. It requires a certain fearlessness, I suppose, and that is what my friend might have thought he lacked.

Identifying a novel problem to solve also requires that you have a very good idea of what problems have already been solved. There is no use in solving a solved problem. It might be fun and satisfying, but it is not new. Only by reading the literature thoroughly can you push the boundaries of knowledge. Without reading, without true scholarship, you won’t know where the boundaries are. There was never an excuse to miss out on the fun of reading, but now with all the tools for finding and getting articles, there is particularly no reason to do this.

You may refine a solved problem, or look at it in another system. You may repeat an experiment entirely, to see if it can be supported. This is different from solving solved problems because it is done for a reason. When you do this, being aware of what went before will let you make your experimental conditions as similar as those before so comparisons are easier. Lots of studies of similar phenomena in related species can lead to lovely comparative studies that have much more power than any one study. So you don’t always have to do something unique.

There may be conventions in your field that you should also follow. These fit in the category of the solved problem of representation. Like it or not, when you draw a map, north should be at the top, west at the left. When you write out DNA code, the 5 prime end is at the left. There are hundreds of more specialized conventions like this. Learn them for your field and follow them. Your creativity comes elsewhere. Keeping to these standards facilitates communication.

There may also be conventions in experimental details. Follow these for comparison, or break them if you think they are a problem, but do it knowingly. Show this with appropriate controls. 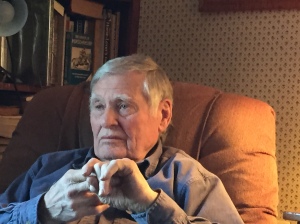 My earliest college adviser, Dick Alexander, whom I visited yesterday some 40 years after I graduated from college, stressed both the importance of choosing important problems to work on and knowing the literature inside out. As a young undergraduate I worried a lot about both of these things. I read all the time. I thought about questions, mostly despairing I would ever identify something important to solve. These were the right things to be worrying about.

Once a good, novel problem is in hand, keep thinking about when you need to do something in a new way and when the old ways will suffice. After all, new ideas do not always need new techniques, though new techniques will take us to new frontiers.

By the way, my friend’s daughter is now an engineer and his son is a musician, so I guess his focus on creativity paid off.